Revolution – latin revolutio – “a turn around”

A fundamental change in power or organizational structures that takes place in a relatively short period of time.

During the past week, two events took place. The first was an unexpected strike of the flight controllers in Spain, resulting in the whole spanish airspace being closed for one a day. Chaos, as you would imagine when lots of people who want to travel somewhere get all stuck at the same time in the same place. To resolve the issue, the spanish government declared a state of emergency over the whole country. This is the first time this has happened in 30 years. Basically, it puts the country under military control, similar to a state of war where you have to follow the orders from above.

It goes without saying that the controllers are greedy bastards, how can you dare to be unhappy earning 200.000 Euros per year in a time of severe economic crisis?! However, something else has struck me even more: 2000 flight controllers were able to cause a country of 40 million people being put under a state of emergency. Quite an extreme response I find, makes me wonder what they’d do if there is a real problem one day... It looks like the government is getting increasingly nervous and is starting to loose control. Quickly.

The other ‘event’ that was all over the media last week was the Wikileaks drama. What happened? Some internal embassy information got published and all those who are in power cried out with indignation, determined to stop similar actions from happening in the future. Sorry, but who talked again about transparency? Right, the politicians. I really hope that Wikileaks will continue to publish all these hidden documents, because there is absolutely no reason why our governments should have secrets from us. None.

In both cases, the spanish flight controllers strike and the Wikileaks publications, relatively few people have caused a huge uproar, shaking the foundations of a badly build palace. There are many more examples of people and independent organisations who stand up to the big system, and every day there are more. Thanks to the kindness of Google, Skype & Co words are spreading like wildfire nowadays, and so the stories go round the globe in no time. While institutions are starting to crumble, more and more people realize that we are heading in the wrong direction, that it’s time to turn around, time to change the mess we are in. A movement in acceleration. More and more, until a thousand spears will bring down the giant.

The Right of Revolution, a philosophy going back to ancient China, is the right or duty of the subjects of a nation to overthrow a government that acts against their common interests.

Power to the people! 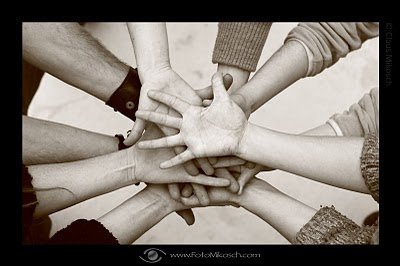