The Mayas, Aborigines, Tibetans and many other old cultures have predicted that a huge change will happen at the end of 2012. Those who look at the dark side of life fear the end of the world. Others, me included, see a necessary transformation coming – because our entire system (economy, environment, health, human relationships, etc.) is simply not functioning any more. One look at the news is enough to get an idea of how desperately we need big changes.

Personally, I am looking forward to the next months and years. I think we are living in exciting times! Most importantly, I believe as humankind we have a unique opportunity to evolve into something better. To mature as a global community.

However, recently a different thought has started to pop up occasionally – what if the doom & gloom people are right? What if the world DOES end next year? Again, being an optimist by nature I don't think so. But who knows...? It's a possibility no one can exclude.

Nuclear exodus, monster earthquakes and tsunamis, meteors from out of space, some super resistant virus turning into an epidemic, global warming getting out of control – never have there been more chances for our race to be extinguished. And wouldn't we deserve it? After all, our mere presence has already lead to the death of thousands of other species, let alone all the pollution and ruthless destruction we have caused. One has to ask – are we really healthy for the planet?

So assuming for a moment that our visit on Earth will be over by the end of next year, I wonder what I would do? With just over 16 months left, what would I still want to see? Where to go? What to do? Who to meet?
What would I change in my life? What person would I want to be?

Think about it – 16 months is not long... Is there anything you have never done but always wanted to do? Is there a place you really want to visit before you die? An old friend you want to laugh with another time? Do you long for more adventure, peace, culture or love in your life? Do you have any unfilled dreams?

If the world ends in 2012 you ain't got much time left to do it all. To live the life you want, to be the person you want to be.

And if the world doesn't end next year? Well, that's the beautiful part of the story - why don't you make them anyway, all the changes? Living the life you want, no matter if the world ends or not. Because if it doesn't end you will have even more time in the future to do great things you haven't even thought about before.

All of us, one by one, we just have to do it. Because if more people are doing what they really want to do, if more people become happier – then the whole world will become a much happier place too. An infectious feeling spreading to all corners of the globe. Imagine...

And now stop imagining! As we all know, happiness lies in our very own hands. So regardless of how much time we have left – rather than turning dreams into ideas and plans, let's live them and embrace life! 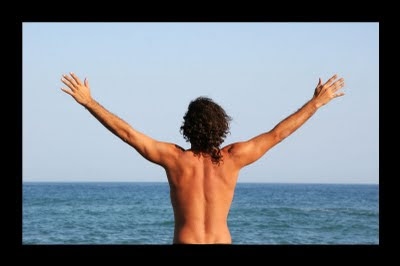