The art of harvesting

Imagine you are sowing seeds in a garden – do you know beforehand which seeds will die and which ones will survive? And of those who will survive, which one will turn into the most beautiful flower?

3 weeks ago I've started the crowdfunding campaign for the documentary film that I'm working on. It's been quite a journey so far, with lots of ups and downs. A few days after the launch, funds suddenly stopped coming in and nothing happened, despite me sending out hundreds of emails and posting like hell on facebook. There I was, stuck on 23%, feeling left alone. I must admit that I felt a bit disappointed... Over the years I had done lots of favours to various people and now nothing was coming back.

But of course my feeling of disappointment was my own problem – I had created it by having expectations which were simply not appropriate. After all, when you give something, you shouldn't expect anything in return. If you give, you should give because you want to give. At least that's the theory...

Anyway, in the second week of the campaign things picked up again and slowly I was moving towards the set goal. And then, all of a sudden something truly amazing happened. It's quite personal but I'd like to share the story with you:

One morning I checked my mail and saw that someone had made a contribution of 500 Euros. 'Holy shit!', I thought. I looked at the name: a woman from Germany who I didn't know. Strange... She had an email address from a company, so I checked out the website. It was an agency for Heavy Metal concerts. WTF? Something didn't seem right and so I stayed totally calm and thought, 'ah well, probably someone has added accidentally one or two zeros'. So I wrote to her and said that, if it had been a mistake, to get in touch with me so that we can sort it out somehow.
I waited for a reply. Nothing. The afternoon passed, still nothing. Weird... Then, when I came home late that night, I had an email from her. It started something like this: “You don't know me but I know you...” Just imagine my face! I took a deep breath and kept reading. She said that I had helped her with several problems during the last year and that it was now time to give something back. I was like, 'what???'
It turned out that someone had given her one of my books (The Little Buddha), and then one thing had led to another and she also started reading this blog. She told me that I have shown her some different perspectives which have triggered positive changes in her own life. Finally she wrote: “Over the last year I've been saving some money. The I ching (the chinese book of changes) says that if you take you should also give – and today was a day of giving. It was pure coincidence that I stumbled over your campaign this morning...”

Far out or what? It was amazing to receive a contribution of 500 Euros for the film, absolutely fantastic! But what touched me even more was her very personal email, sharing some of her story with me. You know, sometimes, sitting here in my little room writing random stuff, I kind of lose track with the real world and actually wonder whether anybody is reading it... Not that it really matters if somebody reads it or not – I write because I feel like it and I guess it saves me many therapy sessions. But when I received her message I suddenly felt that there was more to it than just me trying to stay sane. Suddenly there was a purpose in what I'm doing. And this feeling...this moment... Priceless!

The whole experience has made me reflect on lots of things. Suddenly I almost felt embarrassed for having felt disappointed about not receiving any money from those who I had thought would support me straight away. The 'poor-little-me' syndrome – totally pathetic! Life just doesn't work like that, life isn't a two-way road. No, life is one huge network of roads and junctions and endless little paths, and somehow they are all connected.

If you help someone today, it might be that this person will never return the favour and that's absolutely fine. Because ultimately you're not helping an individual but life itself. And if you help life, life will remember... In other words: What goes around comes around.

Yes, we heard it all before. It's like 'living in the Now': Everybody knows about it, but how many actually do it? It's similar with the film I'm working on: The central message is that everything changes and that you have to accept that. Nothing new. But since the most simple wisdoms seem to be the most difficult ones to put into practice, we need to be reminded. Over and over again, until it really sinks in. Until we understand – not only intellectually but until we really understand, with our whole being, with every single cell of our soul.

Coming back to the beginning, when we sow seeds in the garden of course we don't know which ones will survive and which ones will turn into the most beautiful flowers. But one thing is for sure: If we don't sow, there won't be any harvest...


PS: The crowdfunding campaign has reached its goal – thanks to everyone who has contributed! Does this mean the campaign is over? No, not quite yet. The initial goal was the absolute minimum that I need to get the film out. More funds will mean that I will have more money to invest in a website, mastering, etc. Films are kind of expensive business... There are a few days left, so if you want to get a streaming voucher or a DvD or an organic&fairtrade t-shirt, or if you simply want to become part of anicca – now is the time! 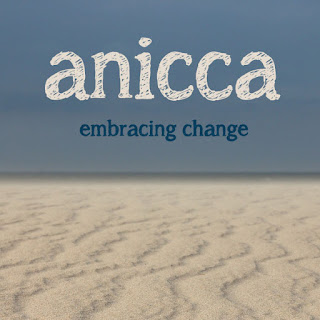