Sometimes you have to admit when you lose. When someone else has simply done a better job. Like this post from a Spanish guy from a couple of years ago, describing why politicians are such crooks and how we can solve the problem. I think it's applicable to pretty much the whole world. As one comment under the post said, 'impossible to explain it any better'. Here it is:

So if you work for the government and get the chance to steal 1,000,000€ it's most likely that, since you don't waste opportunities, you'll grab this one too. In the end it all comes down to being at the right place at the right time. Access and opportunity.

Our real problem is therefore not a bunch of greedy and ruthless politicians because, after all, they're only a reflection of our society of millions of chance-takers who are trained in compliance and even in justification of theft. Today's politicians are yesterday's chance-takers.

It will be difficult to change this, but it starts with each one of us. By not doing it ourselves and by condemning others who do it.

The photo is of a stolen pen. It was someone's opportunity. 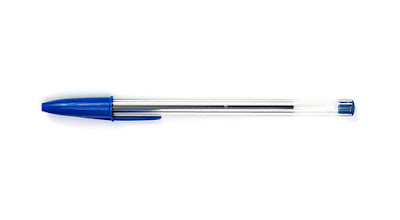 (translated from the Spanish original of Alejandro Sol Tejedor, posted on Facebook on April 1st 2016)