The story of Miss God

Many people around the globe are struggling with the current lockdown situation. For a writer, however, lots of time spent in quarantine is part of normal life. I hardly go to bars and restaurants anyway; I'm used to being at home for days on end, it kind of comes with the job. But this doesn't mean I can or want to live without having contact to others. Quite contrary, even though it's usually one person who writes a book, most books depend on the input of many others.

Four years ago I stumbled across the ten commandments and wondered why they've never been updated. At the core, they are actually quite useful, but they're hopelessly trapped under a thick layer of dust. 'Thou shalt not...', who speaks in such a weird way today? And besides, why so negative? A bunch of well-meant guidelines that have become rotten rules, totally inappropriate for the modern world. So I thought of a story where God and a young girl meet on a beach and rewrite those old wisdoms. 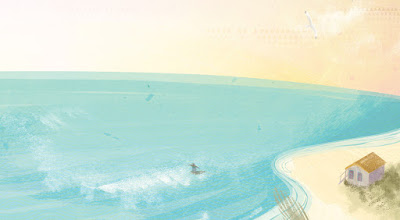 Three years ago I told my girlfriend Rocío about this idea. She loved it, we talked about it for a while and then life went on and the idea disappeared in my folder of buried possibilities.

Two years ago I contemplated options for a new writing project when my girlfriend brought up the new ten commandments again. 'Why don't you do something with that? I really think it has potential.' I gave it some thought and agreed with her. Yes, it was an idea worth digging out and working on. And so that's what I did.
Back then I was living in a shared house with one of my best friends, Charlotte. One day I was sitting at my desk, pondering on God and Moses, when she came in for a cup of tea. I told her about the basic idea of the book: God is tired of seeing humans screwing up the planet and each other, and so he asks 11-year old Olivia to help him rewrite the ten commandments. 'Why he?' Charlotte asked. 'Why can't God be a woman?'

One year ago I was disillusioned because I couldn't find a publisher for MISS GOD. In Germany, where most of my works are published, I only got rejections. Many publishers liked it, but either it was too religious for them, or too critical of the church. I've never fully understood these reasons, because MISS GOD is neither about religion nor about blame. It's an invitation to believe. In something.

One day ago MISS GOD was released by my English publisher, Ammonite Press. Like me, they felt it's a perfect story for our times. A story about changing old habits and exploring new perceptions. And like me, they just loved the title. Who on Earth wouldn't publish a book called MISS GOD? I'd buy it at first sight! 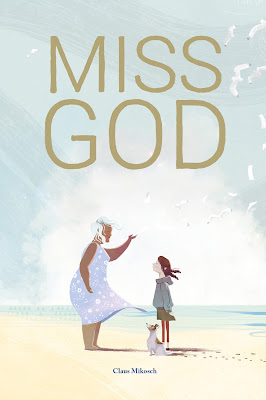 On page seven, the book is dedicated to Charlotte and Rocío. Without them, MISS GOD wouldn't exist. But there are many others who helped as well: My daughter Paloma, who played the role of real-life Olivia; Roxanne, who did a brilliant job at proofreading my English translation; Jason, who convinced his boss at the publishing house that this could be something special; Kate, whose illustrations have transformed the book beyond special. Plus all the team at Ammonite Press and of course Jane, who, some years ago, had met the owner of the UK publishing house on a plane trip, chatting away and mentioning casually, 'hey, I know a writer...'

I wrote MISS GOD in a self-imposed, solitary lockdown. But underneath the lockdown, invisible to most people's eyes, there was a tight web of meaningful connections. It happens with each writing experience: From the outside, I might seem like an antisocial nerd at times, but on the inside, vital exchanges are happening all the time.

Now you're in lockdown too. A challenging situation, no doubt about it, but also a chance to reflect. A chance to pause, listen and wonder. Why do we fight and destroy so much? Why do we suffer? And why are we here in the first place?

Out now as a beautiful hardback and Corona-proof ebook.