Last week a friend took me to the old airport of Berlin Tempelhof. Nowadays it's a huge open field in the city, with mobile coffee shops, urban gardening plots and people walking, cycling and windsurfing on skateboards. Some even come here to have sex, I was told.

With big white clouds passing slowly across the blue sky it was a great day to do some timelapse photography. So I got my camera out, mounted it on a tripod and placed it in the middle of what used to be the runway.

Now, for those of you who don't know anything about timelapse photography, basically you set the camera to take one photo every few seconds over a period of at least 20 minutes and afterwards you edit all photos into a short film. This means, once the camera is set up, you have to wait.

I was just about to sit down next to the tripod when my friend said, “Ok, let's go”, and started walking.
“But...”, I stuttered, “I ain't gonna leave my camera here.”
“Why not?”
I stared at him in disbelief.
“I don't think it's a good idea to have an expensive camera standing all alone in the middle of the runway where there are hundreds of people passing by.”
“Your camera will be fine”, was all he said.

I wasn't convinced. Not at all! So my friend told me that, a few years ago, he decided to not lock his bicycle any more. He said that he got fed up participating in a system that is based on distrust. Whether it was his good intention or pure luck – he still has the same bike.

Hesitantly I started to walk away from my camera. Every 10 seconds or so I turned around to check if it was still there. After 50 meters I wanted to return but my friend just gave me a totally indifferent look and continued walking. Again I hesitated, then I followed him. I guess I didn't want to show my attachment to the material world. Paranoid thoughts are difficult to switch off though and so, when I turned around a couple of minutes later, barely seeing my camera in the distance, I walked back. Rather quickly, I should add.

Needless to say, I failed this little test. But it made me wonder: How did that happen, that we lock everything? It wasn't always like this, was it? Has it to do with overpopulation? Too many people fighting over limited resources, everybody trying to get what they can? I've been to small villages where all doors are open all the time. Maybe trust can exist in a village, but not in a city?
Or maybe it's an ego thing? I have to protect what's mine because...well, because it belongs to me. Really? Temporarily I might be 'using' something, but belonging? Owning? Possessing? Having? I mean, not even my own life belongs to me. As someone told me recently:
“I don't have a life. I AM life, experiencing itself.”

Doors and bicycles are locked, ideas patented, art sold, hearts closed. Trees and land and even water – everything is owned by someone. As a consequence there are more and more fences in the world, separating us and fuelling wars. Ironically, while writing these lines I'm leaning against one of the few remaining parts of the Berlin wall. Aren't we supposed to learn from history? 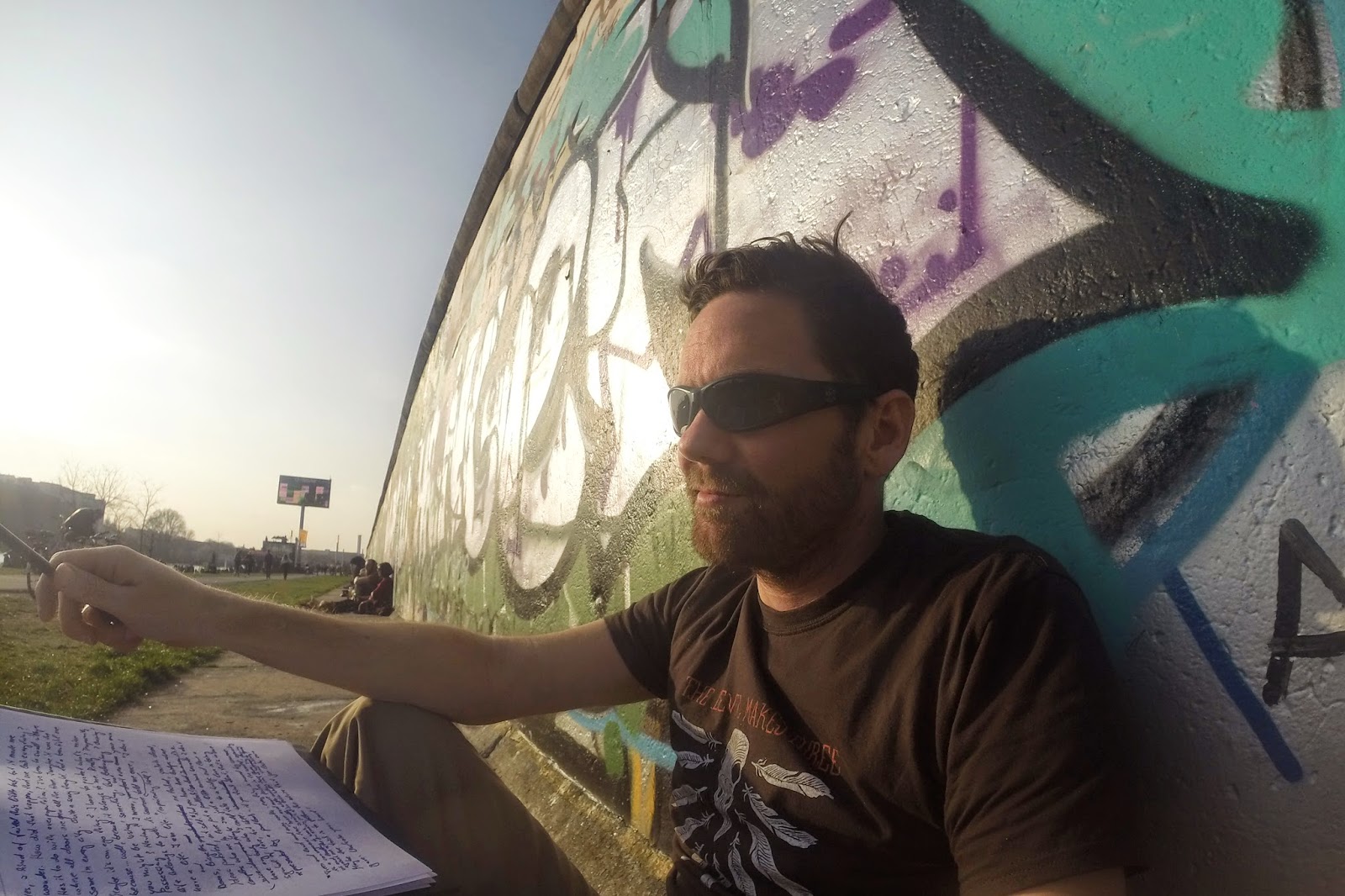 To make matters even worse: Do you know these bridges where loved-up couples put a padlock?
Maybe I'm just a little envious because I don't have anybody who I could tie myself to a bridge with, but still: Love is being represented by a padlock – if you think about it, that's just insane! 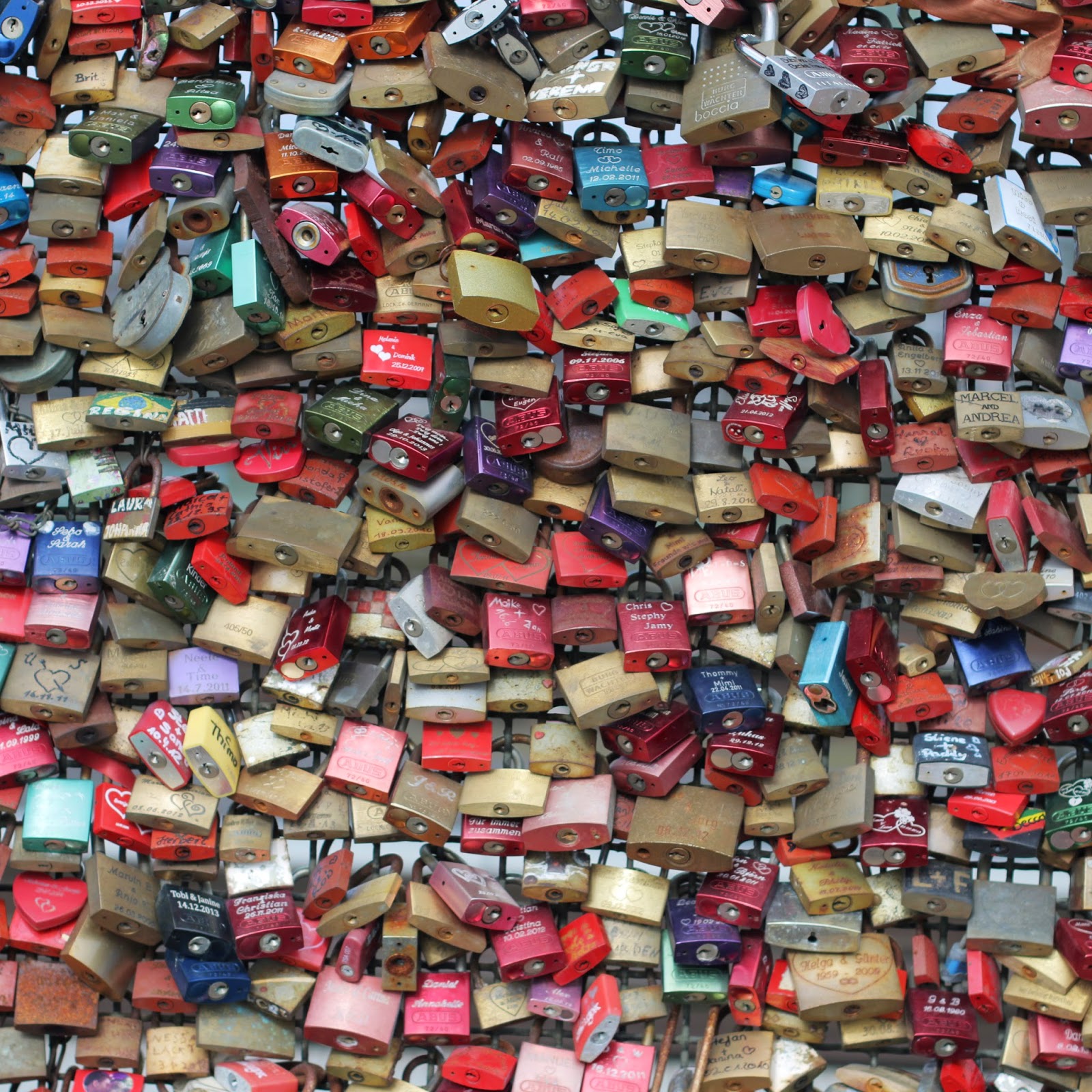 Yes, it's difficult to change the predominant mindset of ownership. I've worked many hours to buy my camera, I don't want to risk losing it. I'm glad there's copyright so I can sell my books and I'm not a big fan of open relationships either. Nevertheless, I believe the world would be a much better and happier place if we weren't so obsessed with owning everything.

So what to do? Giving everything away and becoming a saint? Moving to a hilltribe and running around naked? Reading more hippie books?

Perhaps a good starting point could be to simply put more emphasis on sharing. Not necessarily your husband or wife but pretty much everything else. You want to use my car? Use it! You are hungry? Come for dinner! You want to turn my idea into an amazing business? Do it!

I think ultimately it all has to do with an underlying fear of losing more than we gain. Giving stuff and love and our precious time away – oh my God, we could end up with nothing! Yet one of the lessons taught by those who give abundantly is that everything comes back in one way or another. So maybe we should trust life a little bit more...

Letting go of 'mine' and embracing 'ours'.
Replacing the fear of losing with the joy of sharing.
Bringing down walls by unchaining the heart.