Vegetarianism... I tried it, several times. Not a big deal really, after all there's plenty of other delicious and nutritious food around which isn't meat or fish. But I always ended up making occasional exceptions, usually in social gatherings with some dead animal as the main course. “Okay, I'll have a piece of lamb, why not?” Let's be flexible, right? There's even a word for it: Flexitarian.

My bad conscience remained though. Every time that I ate meat or fish I felt bad. Well, not totally bad because when meat tastes good it's obviously a very pleasurable experience. But there was this guilt hovering over my shoulder, nagging at me...'you're the reason why this animal was killed – unnecessarily!'
Luckily all this changed when one day, a year ago or so, a friend told me the following: “Eating a steak is, ethically speaking, better than drinking a glass of milk. Because the cow who provided the steak is at least dead, while the milk cow keeps suffering.” In other words, I can eat dead animals and be less of an arsehole than the preaching veggie from next door who lives on cheese and yoghurt. Great!

I looked into veganism (= no animal products whatsoever) and have started to eat more and more vegan food. And I must say, I've never eaten healthier in my life and I keep discovering amazing stuff that I didn't even know existed (popped amaranth, hazelnut milk or, the latest, marinated tempeh!). The ethical reasons for a vegan diet are plentiful: no animal torture, greatly reduced CO² emissions, less rainforest destruction, etc. To sum it up: If most of the world switched to a predominantly vegan diet, many environmental problems would be greatly reduced. And all those lovely videos about the violent animal industry would disappear as well. Like this one. Or this one. Or here, my recent favourite: DAIRY IS F**KING SCARY (highly recommended!)

So yes, I think vegetarianism is dead. If you care for animals and the planet and you really want to make a difference, the only logical step is to start with a vegan diet. Period.

Now, you're probably feeling already the urge to defend your beloved eating habits and to turn away from these weird vegan people who might be trying to brainwash you into some kind of cult. Here are a couple of things to consider:

1) I feel the wording is quite important: It's '...to start with a vegan diet', and not '...to become a vegan'. That's right, you can eat vegan food without being a vegan! It's like...you don't have to become a Buddhist if you want to meditate. Or if you see the benefits of cleaning the kitchen regularly, well, you don't have to become an official 'cleaner'. You just do it while continuing being you. No identifying needed, no worshipping, just pure common sense. Like, you don't have to be a socialist to vote Bernie Sanders – you vote him because this man is perhaps the only hope this world has left. Same with veganism.

2) It would be amazing if everybody was able to change completely from one day to the next but this ain't gonna happen. I can't do it myself and it looks like most others can't do it either. Fine, that's just the way it is for now. However, it is possible to make small changes and then sooner or later, as long as you keep going, these small changes will lead to a big change. Creating a better world one moment at a time! So, eat as much vegan food as possible. Try it! Two days per week, three, four or five – any day is better than no day.

I believe that the future will be at least 90% vegan – or else there won't be a future (for us humans). This is not fiction, we're heading for a huge environmental disaster on many levels and animal farming is one of the biggest causes of this problem. Find out for yourself and enjoy the facts!

Furthermore, I believe that evolution has not only brought us sensational advances such as smartphones and plastic surgery, but also a certain amount of responsibility. And for me, a big part of this responsibility is to respect all life – not because we ought to, but because we are able to. And you know, it really can be done. It has actually never been easier for a human being to live a healthy and happy life without harming other living beings. So if we can do it without torture and killing, why don't we?

I'm not a vegan. But when I eat mainly plant-based food, as local and organic as possible, it always makes me feel really good. Like more connected with everything, in a positive way. There's less abuse and more respect in my life, less selfishness and more kindness. There's a feeling of hope because I can see how my actions are contributing to less death and suffering and to more peace in the world. And that's something to strive for, isn't it? 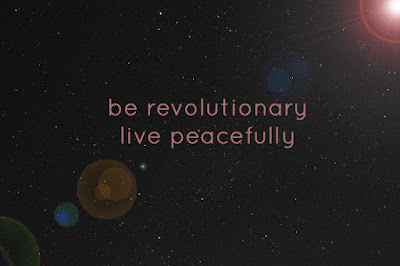