German summer 2018: Weeks on end no rain and minimum 30°C, up to 39°C! Fields and parks are as dry as the Andalusian countryside in August; crops are failing and trees are dying; forest fires; water shortages; the northern sea as warm as the Mediterranean. I was in Kopenhagen recently and got sunburnt! At the same time, in southern Europe most of the summer has been a very mild one. Call it what you want but I think we can all agree that the climate IS changing.

The question is: WHY is it changing?

Pete says it's a natural cycle, that for millions of years the climate has always gone from cold to hot and back again. No matter what humans do.
Paul says the climate change is man-made. By burning ancient fossil fuels we're heating up the atmosphere and disrupting thereby the balance of the eco system Earth. Full responsibility to us.

Pete says Paul is an idiot. A dumb sheep because in truth it's all a lie, a hoax, a way to control us and to make the rich even richer through green-tinted capitalism. No matter how much we burn, the climate changes anyway.
Paul says Pete is a conspiracy theorist. A climate change denier, a radical fanatic. A soon-to-be racist and flat earth believer.

Here's the colourful version: The climate has and will always change, just like life itself changes constantly. In recent years the changes have sharply accelerated though and there is a very good chance that our wasteful lifestyle is the main reason for this acceleration.

Over time our species can adapt pretty well to new conditions but if the changes happen too quickly it can get painful. Since nobody likes suffering, the best strategy would be to drastically reduce our destructive impact on the earth. To move towards a more sustainable and healthy way of living.

Let's put it this way: I really hope Pete is right with his climate hoax theory. Cause if he's wrong and Paul is right, meaning we're really fuelling global warming, we're fucked!

At the bottom of the whole problem lies, as so often, a resistance to change. Not accepting that everything in life changes, including this planet. And not embracing one's own ability to make everything a little bit better. 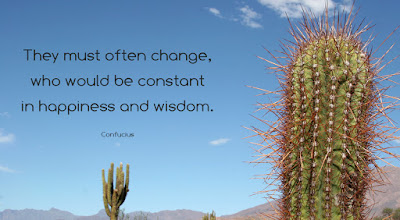