The other day I talked to a friend who works for the Red Cross in the area of Tarifa, Southern Spain. He's responsible for giving first care to people arriving on boats from Africa. You know, those rich fellows in their luxurious pateras. Some days 200 arrive, other days 50 or as much as 500. Most days, some make it. And yes, most have mobile phones – even in Africa, cave-life is a thing of the past.

In the meantime, in Germany fascists chase immigrants along the streets and the Minister of the Interior thinks it's a funny coincidence that 69 refugees were sent back to Afghanistan on his 69th birthday. In Sweden, a former Nazi party got almost 20% of votes in yesterday's election; in Italy, the new government prides itself with refusing help to those seeking shelter; in the US, the president is giving praise to all Europeans who put flags before human lives.

Indeed, the issue of immigration is complicated. Putting 3000 people from a different culture into a village of 500 is not really a promising strategy for successful integration. There are other problems too, after all not all immigrants are nice people – if this was the case, I'd move to wherever they come from because I'd love to live in a place free of arseholes.

In short: Nobody said it would be easy to tackle the increasing influx of strangers. But considering that there will be many more resource wars, more hunger and drought in coming years, the current migration wave is just a little warm up. If we're failing already now, I dread to imagine what will happen when these tiny waves turn into a full-blown tsunami. Or what if fate turned around and Europeans suddenly would have to flee southwards to Africa. The last time, about 80 years ago, they received the foreigners with open arms – would they do it again?

Common reasons for the re-rise of hostility and protectionist attitudes are fear of the unknown, fear of terrorism (the type that most refugees are trying to escape from) and, not to be underestimated, stupidity. And of course there's greed.

I've read and seen a few interviews with supporters of right-wing parties who themselves have an immigration background. Their motivation for voting these parties is that they don't want to share their new found wealth with others. Once they've 'made it', they're scared that others will come, compete with them and jump the queue at Primark. Just like America first, here it's Me first.

Of course there are Germans and Spanish and Swedish and French who live close or even below the poverty line and who are worried that soon there will be nothing left for them. But 1) the vast majority of far right voters is living nowhere near the poverty line, they have a full wardrobe, a full fridge and often a passport full with stamps of countries they've visited. And 2) those who are indeed suffering from poverty in Europe would be much better off fighting investment bankers, corrupt politicians, ruthless lobbyists and all those millionaires who exploit and don't return anything but cheap plastic to society. And no, I don't have any problem with millionaires who had a good idea and worked hard – but how many are there?

Blaming others won't get us anywhere though, so let's come back to us, to you and me. The reality is that we're living the lives of kings and queens. We have everything, much more than we need, but there is very little that we're willing to give. I don't want to share my hard-earned money with people who spend all day lazy on the sofa watching mind-destroying TV, but most poor people in the so-called third world who I met don't even have a sofa – they work, 24/7, earning just enough to survive. Their fault? Or does it perhaps have to do with the fact that many of them have no other choice but serving all those new kings and queens?

There's enough for everyone. But sadly, not everyone is happy with enough. 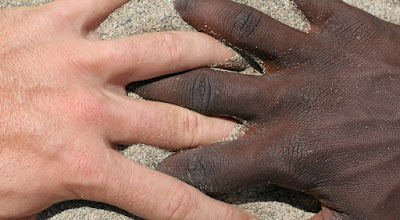 (While writing this blog article the radio is on in the background. The news are saying that tens of thousands of care workers are missing in Germany and the outlook is even worse. Last week I read that in 2048, Italy and Spain will be second and third in the ranking of oldest populations. So who's going to care for your mother and father in hospital? Who's going to care for you? It really puzzles me how we can be so stupid and short-sighted. The immigrants want our help? Great, we need help too! Let's offer them a language course, professional training, a decent wage (okay, difficult one since we don't even pay Europeans decent wages for these jobs) and a working visa, and in return they have to commit to work for five to ten years in the care/health sector. I'm sure many would happily accept this exchange. Two problems solved! And us lot? Instead we raise our flags and close our castles. Kings and Queens indeed.)