The relationship between frog eggs and happiness

My 17 year-old daughter showed me her maths homework the other day. It was an A4 sheet with lots of derivations. When I was her age, I did my A-levels in maths and understood all this quite well. Now I look at it and I might as well try and read a Chinese shopping list. 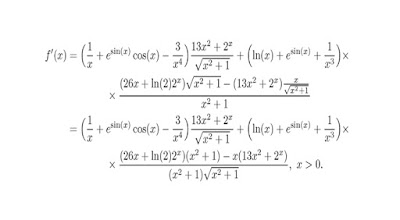 My daughter spends vast amounts of time learning these strange calculations, just as I have done many years ago. Here's the sad thing about it: Seeing her efforts on paper, I told her that I have never ever used any of it since I left school. Not once in 25 years! If I had become an engineer or astrophysicist, it would have been different of course, but how many end up becoming engineers and astrophysicists? In other words: A class of 20 students has to suffer, only because one or two of them might need that stuff for their future careers. Maybe we'd be better off learning things that are actually useful to us, because isn't school supposed to prepare us for life?

Over Christmas I went with my girlfriend to the mountains. When we checked in to our little apartment, the woman of the local holiday flat agency showed us around before asking us to pay. 180 Euros. They had kindly organized some firewood for the chimney, so that was another 7 Euros. She took her phone, opened the calculator app and typed in 180+7. I glanced at my girlfriend, wondering whether it was a joke. “187 please”, the woman said. As we had forgotten the money in the car, the three of us went back to the place where we had left it. We got the money out and were about to pay, when she said that they could also rent us a parking place in a garage. Another 15 Euros. “Fine”, we said and gave her 202 Euros. She started to panic and searched for her phone. Only after checking with her calculator, we were free to go.

Maybe it would be an idea that all students learn to properly calculate 180+7 before they fill their brains with derivations. You know, stuff that everyone needs in life.

Maybe another idea would be to reduce the time spent studying the anatomy of tiny frog eggs and instead start teaching young people about happiness. Because I don't know about you, but to me it seems that the one thing every single person tries to find in life is happiness. Interestingly, at school nobody learns how to do that. Is it surprising then that only few people lead truly happy lives?

In summary: Life is pretty simple. We are the ones who make it complicated.