Earlier this month we hosted a 20's Swing party to welcome and celebrate the new decade. Everyone came dressed up in suits and feathers, there were old newspaper articles on the wall and uplifting swing tunes made everybody move. Fun times!

In preparation of the party I had watched some videos of people dancing the Lindy Hop and the Charleston. People from 100 years ago and the people of today. And what struck me most was that they all looked so incredibly happy! 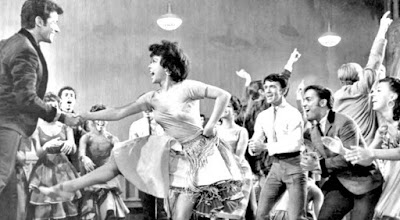 Change of subject (but don't worry, we'll get back to the dancing). One year ago, I wrote a blog post about how evil Amazon is and how I wanted to change my shopping habits. Back then, I promised to reflect on this process one year later, so...

I failed. Not completely and utterly, but there's no point in denying that I bought far too much stuff on Amazon in 2019. Some purchases I can kind of justify (music – so far, I haven't found a good alternative for buying MP3s), others are simply wrong (books!). I used Amazon less often than in 2018, but I haven't reduced it anywhere near as much as I would have liked to. Hence, I still contributed far too much money to a world I don't agree with. My actions have helped to close more independent shops and give more power to an already scary giant. Why didn't I do more?

The main reason is comfort. Yes, it's ridiculously comfortable to shop on Amazon. The same is true for other things – flying is less of a hassle than organizing a long train ride; ready-made-meals are less time-consuming than a home-cooked diet that is healthy for us and our planet. Maybe comfort is what's going to kill us in the end?

I could easily get depressed over my lacking action. I could give up and surrender to the darkness unfolding in front of us – a world with chaotic weather, no fish and artificial trees, and no shops except Amazon. Depressing indeed! What can I do to stop myself from entering this futuristic void?

The answer is 'something'. Ideally, we'd change all of our bad habits right now, but for some strange reason, that's not happening. However, there is a lot of space between 'perfect change' and 'no change'. Doing something is better than doing nothing.

There's this phrase I've heard my Dad say many times, almost like a mantra: “You will never fail as long as you keep trying.” Falling and getting up again. That goes for learning to walk as much as for learning to change bad habits. One step at a time, on and on.

So, I guess my Amazon lesson continues. And in case you’re facing a similar challenge, here's some more inspiration from Kurt Vonnegut:

I tell my wife I'm going out to buy an envelope. “Oh,” she says, “you're not a poor man. You know, why don't you go online and buy a hundred envelopes and put them in the closet?” And so I pretend not to hear her. And go out to get an envelope because I'm going to have a hell of a good time in the process of buying one envelope. I meet a lot of people. And see some great looking babes. And a fire-engine goes by. And I give them the thumbs up. And I'll ask a woman what kind of dog that is. And, and I don't know. The moral of the story is: We're here on Earth to fart around. And, of course, computers will do us out of that. And what the computer people don't realize, or they don't care, is we're dancing animals. You know, we love to move around. And it's like we're not supposed to dance at all anymore.
(Kurt Vonnegut – 'A Man Without a Country')