The end of self-centredness

Have you watched the French series THE COLLAPSE? It's an end of the world scenario – panic buying in supermarkets, riots at petrol stations, European refugees, and nuclear power stations without cooling systems. The other day I talked to my daughter about it.

In the series, there are some rich people who've acquired a rare and very expensive space on an island where they escape to once the chaos starts. I told my daughter that this is really happening – people are buying land in New Zealand and even whole Pacific Islands in case things are getting very bad. She wondered, 'what could happen?', to which I replied, 'anything can happen.' Nuclear war. Crash of the economic system. Ecological Armageddon. A lethal virus.

We kept talking and I said it's difficult to imagine that things could go seriously wrong, but just because we haven't experienced any major crisis in the “Western civilization” in the last decades, it doesn't mean it can't happen. 'Who knows', I said, 'maybe at some point Europe will become uninhabitable and we'll need to flee to Africa. And maybe the people there would do the same we are doing now: close borders and look away.' Silence. Then my daughter turned her head to me and said, 'or maybe they will let us in.' Me: 'Why should they do that?' She: 'Because they know what it feels like to not get help.'

It was a beautiful thought my daughter had. Some might criticise it was innocent and naïve, but if we're honest, she actually pointed out one of humanity's biggest problems: our lack of empathy. Because unless we improve our ability to put ourselves in the situation of others, I don't think there's much hope of anything getting better. And so to make things better, we need to train our empathetic muscle. A little bit every day. Fortunately, there are plenty of opportunities:

Feel all of it, the fear, the worry, the pain, the despair. Because only if we feel it, we might change what we think and how we act. Only if we feel the other, our self-centred obsession might end. 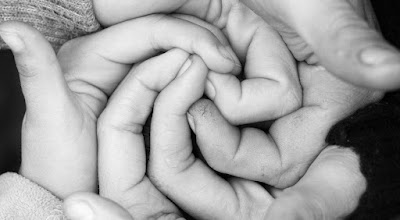