Once there was an island...

Brexit – what a weird word, sounds like cat food. And probably you are as tired of hearing it as I am, so I won't mention it again. I promise!

Very soon it's referendum day on the little green island. A fierce battle is going on between the supporters of Vote leave and Vote stay – the news and social media sites are full with it, streets and pubs too. Nothing else matters, so it seems.
Reading all the different posts and watching some of the campaign videos, one gets the impression though that it's a lose/lose situation anyway: 'If we don't leave now, the nightmare will continue' versus 'if we don't stay, it will be hell'. Not quite what a bright future looks like.

Now, leaving the EU or not is of course a big decision. Hence I encourage everyone who is entitled to vote to do so. After all, that's what a democracy is all about, right? To take part in the decision-making. I actually think voting should be compulsory. If you don't like any of the options given, vote blank or create a different option yourself. But you have to participate, that's your responsibility as a citizen.

Back to the upcoming election. Whether Britain will stay in the EU or not, really it doesn't matter. Either result won't make the world a better place. In or out, some things might improve a bit and others will get worse but there won't be any real change. Things will drag on as usual and a ping pong game of blame and power will be played.

These are some examples of changes that are needed. And the one thing they all have in common is that each one of us can choose to start making these changes today. Voting leave or voting stay, voting Trump or voting Hillary, voting candidate #1 or candidate #2 – at the end of the day they're all distractions! Distractions from what we really should be doing. And that is, to choose with our daily actions which WORLD we want to live in. Because there is only one world. It's like an island, floating through space, and we're all stuck on it together. 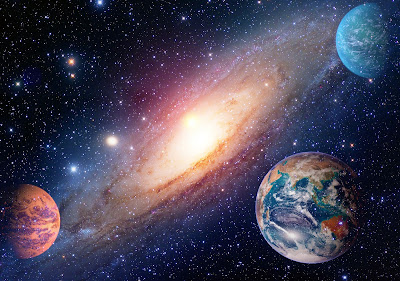