Recently I had a little summer job as a band chauffeur. The two bands I've worked with were the Kaiser Chiefs and Simply Red. Driving them around was fun yet not as spectacular as one might imagine. Just a bunch of guys on their way to play a gig and me hoping that I won't crash the van.

What was rather interesting though was to get a closer look behind the scenes of a big concert. It's really incredible how much work goes into a show that only lasts 90min. So many people spending so much time getting everything ready, I could write a blog entry just about that. But something else is far more entertaining: the riders!

The rider is basically a list that the management of the band sends out to the local production team before the concert. It specifies everything that the band needs with great detail: lots of technical stuff, hotel and transfers, food and drink requirements for the backstage area, etc. Some of these requests make sense, like if some of the band or crew are vegetarian and need veggie food, or if there's an alcoholic needing strong vodka. But some (too many!) people take the piss and ask for ridiculous things.

The Kaiser Chiefs wanted some tea, some beer, cereals and pizza. Fair enough. However, with Simply Red – or more precisely Mick Hucknall, the singer and head of the band – it was a very different story. He needed to be picked up separately from the rest of the band (if you play in a band but don't travel together, that's already weird, no?) in a Mercedes S-class, he made ridiculous demands for his hotel suite and backstage he wanted wine costing between 80 and 100 Euros per bottle. Now, I don't know much about wine but I'd say that unless you're a super wine connoisseur you can't tell the difference between a 10 Euro bottle and a 100 Euro bottle. And if you're a real connoisseur you'd probably name exactly which wine you want. In other words: Good old Mick, or Chucky as I like to call him, just wanted to have expensive wine because it helps him to keep his hopelessly inflated ego satisfied.

Chucky is in good company though. I've had a little look around the net and found some nice gems:

This is so fucked up that it's actually funny. Still I wonder, is there any hope left for our beautiful human race? Fortunately there is. Here are a couple of examples:

Bottom line: You can change the world by choosing wisely which musicians you support. Stop funding bands that play absurd power games with your money and instead find bands that inspire and speak out about things that actually matter. 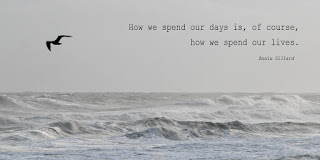