Do you care when a product suddenly costs 5 or 10 cents more? Say a bar of chocolate, 5 cents more; or some fresh pasta, 10 cents more. Would you stop buying chocolate and pasta because of a few cents? Probably not.

The other day I was in a supermarket, standing at checkout and watching what others bought. Most customers, when asked if they want a plastic bag, nodded and usually even ordered more than one. It was 10 cents per bag. Students, pensioners, socialists and fascists – no one hesitated to pay a little extra.

So, here's the question: What's the point of charging 10 cents for a plastic bag? Supposedly it's a 'green' thing, trying to convince people to save the planet. But no one cares about 10 cents, so it's not working, is it? If you want to make a difference, dear politician and supermarket owner, charge one Euro per bag. Or even better, two or three. If people had to pay that sort of money for a single bag, you'd bound to see a miracle: within a few weeks, everyone would suddenly remember to bring a reusable bag from home. Problem solved.

Another question: Is it essential for a happy life to have cheap flights? Yes, it's nice if relatively poor people can afford a weekend trip to Lisbon, too, but is it necessary? No, it's not. And so why is kerosene not taxed? In Europe, no airline pays tax for the fuel they use, but, even worse, every train operator does. Perhaps not the best strategy to promote environmentally friendly travelling...

People are stupid, unfortunately we can't change that. We are selfish and short-sighted beings, and very slow learners. That's just the way it is. However, can you really trust seven billion monkeys to make the needed changes so they don't destroy the planet they live on? I'm all for individual responsibility and grassroots action, but...we are monkeys. Some are kind and some are clever, but even the kindest and most intelligent ones are still facing the limitations of their stupid and selfish nature. Mind you, I wouldn't be surprised if some real monkeys out there would feel offended by this comparison, because I don't think real monkeys would cut down the forest they live in. So let's forget monkeys. We're actually much inferior. More like brainless bacteria.

Now, how can you make sure that the human bacteria doesn't eat up its home? You need a dictator! A good, green dictator. Someone who decides that, from today, bags are 3 Euros each. 5 cents go to the Supermarket, 2.95 Euros to reforestation and ocean cleaning projects. Flights will be at least five times more expensive than the same journey by train. And like this with everything else. Cheap meat? Nope. Cheap clothes? Nope. Cheap plastic plates? You've guessed it.

Of course one could argue that rich people wouldn't be affected by this green dictatorship. No matter the price, there'd be still many who'd be able to pay for 10 bags on each shopping tour, fly around the globe for weekend trips, eat meat and fill their wardrobes until they burst. It's a problem – lack of fairness always is. So maybe it would be better to simply ban all of these things. I don't know. But any first step is better than no step.

The real problem, however, would be to find a perfect dictator. Remember, humans are brainless bacteria who voluntarily vote people like Donald Trump and, soon to come, Boris Johnson as their leaders. Sure, not all are that bad, but if we look honestly at the situation, there simply might not be a perfect dictator amongst us. So now what?

Well, I'm afraid, we're screwed. All we can do is shake our heads and hope that friendly aliens will come and rescue us. 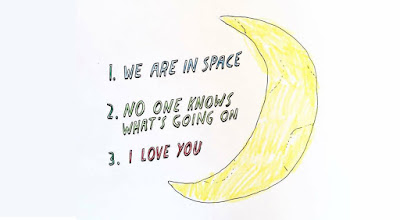