Summer, over 30°C outside and they cut off the water in our flat. The previous tenants didn't pay their bills, there were letters from lawyers and even the police came for a friendly visit. At some point the water company had enough and that was it. Since the responsibility lies with the owners of the flat – a company owning the whole urbanisation – they connected us to the communal water system until they solve the problem. Water is flowing, so all is good.

A few days ago I was watering the plants on the terrace when it suddenly dawned on me: this water is free! No matter how much I give to the plants, how long I take showers and how thoroughly I wash the dishes – for the time being, I won't pay a single cent. So my first thought was 'great, I can use more water than I usually do!' My second thought, however, was 'why would I want to waste water?'

We're living in wasteful times. If there is an offer of 50% extra tomatoes for free, instinct yells 'take it!' The 50% extra tomatoes will probably rot in the fridge, because most people don't need 50% extra food. Same with clothes: buy three shirts, get one free. I only need one, but hey, I'd be stupid if I didn't grab the opportunity. We waste food and packaging; we fly on weekend trips around the continent because it's so damn cheap; we enjoy millions of songs on Spotify, accepting that artists receive next to nothing for their work; we demand free banking when there is no such thing as free banking without investments in highly profitable (and ruthless!) war business.

Somewhere, someone is paying for the stuff we think is free. The farmer, for example, who gets less for his harvest from the supermarket wholesaler, or the employee who is under pressure to sow more shirts. Countless souls pay with their sweat and time and the planet suffers and cries.

Now, you could say it's no big deal to waste a bit of water. It's not. The big deal is the underlying mindset which leads us to believe that free stuff is actually free. It's a delusion of separation – thinking that we aren't connected to everyone and everything else. We assume it's okay to waste some resources because our small actions don't make a difference anyway. But far from it! It's one big hyper-connected world in which all actions do make a difference. The only question is: does my action make it a tiny bit better, or worse? 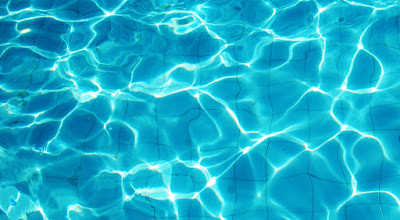